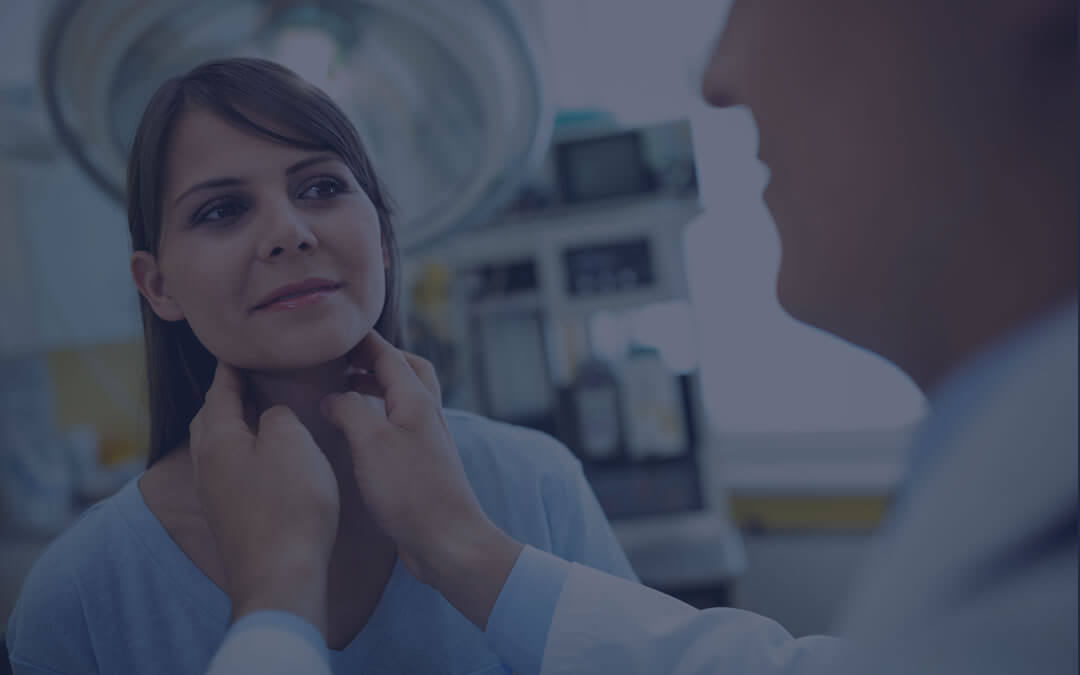 Thyroid deficiencies due to a non-responsive Thyroid gland from the Pituitaries TSH signal and insufficiency in Pituitary TSH relative to Hypothalamic TRH are both well understood in the medical community. The majority of Thyroid maladies in the aging patient are not from these signals or even directly related to the Thyroid gland itself, but rather, they occur because of conversion issues of T4 to T3 (inactive to active thyroid) which can be caused by several factors. Since T3 is the only relevant, active Thyroid hormone, maintaining these processes is paramount for overall Thyroid health and they are missed 100% of the time on a typical Thyroid screen.

After T4 is produced in the Thyroid Gland, it travels to various tissues where it is subject to de-iodination by three types of de-iodinase. In the Liver and Kidney (the main conversion point), there are two major metabolic routes available produced by Type 1 de-iodinase. The first, 5′ De-iodinase, forms T3 and is dependent on Selenium as a co-factor in the reaction. The second, formed by 5-de-iodinase, produces an inactive metabolite called RT3 or Reverse T3. Obviously, it becomes evident at this point that a Selenium deficiency can cause a dramatic shift towards thyroid dysfunction. Other conditions such as stress, aging, metal toxicity, environmental stresses, and elevated Cortisol and Interleukin-6 can also cause this shift towards RT3 “inactive” thyroid metabolites. There is also an age-related decline in 5′ and 5 de-iodinase which can result in low T3 and RT3, and ironically, normal or slightly elevated T4 and normal or suppressed TSH. So on a standard TSH/free T4 screen, no apparent problem is evident and major Thyroid-deficient symptoms may be present. In the case of the formerly mentioned 5-de-iodinase (RT3) pathway, when this route is favored due to Selenium deficiency, stress, elevated Cortisol, age or any of several physiologic factors, T3 deficiency is further compounded because RT3 competes with T4 for 5′-deiodinase to form the active, but minor metabolite 3,3′ T2. In fact RT3 is favored over T4 in the reaction so the T3 deficient syndrome can quickly spiral out of control.

Sparse information is available on the T2 metabolites, but it has been proposed that they have some activity since T3 can not account for all thyroid activity in all tissues. The major T2 metabolites are 3,3′ T2 and 3,5 T2 both of which have the capability of raising RMR (resting metabolic Rate) and suppressing TSH. Of the two, 3,5 T2 is the major product and can only be formed from T3 which is metabolized by 3′-deiodinase (hepatically and Renally). 3,5 T2 exerts its greatest action in Brown adipose tissue. 3,3′-T2 can be formed from RT3 via 5′-deiodinase or from T3 via 5-deiodinase. 3,3′ T2 exerts its most potent action by increasing the oxidative capacity of skeletal muscle. Since T3 itself has no activity in BAT and only slight metabolic/oxidative effect in skeletal muscle, it is proposed that these T2 products are largely responsible. A final, inert T2 metabolite, 3′,5′ T2 is formed from RT3 by 3-deiodinase. The resulting 3′,5′ T2 is completely inert.

ESS refers to a low T3 with or without elevations in RT3 secondary to Hepatic or Renal disease. Low T3 syndrome has the same clinical presentation without any apparent underlying disease. These are two common diseases states which present with low-normal or low T3 levels and/or elevated RT3. These defined syndromes are seldom (if ever) screened for by Physicians and their prevalence can be astounding.

Other sites of T4-T3 metabolism include the Brain, Pituitary, and Brown Adipose tissue (Type II de-Iodinase) in these tissues only the 5′ de-iodinase isomer is present and it is not Selenium dependent. The implications of this are that adequate T3 is usually formed from circulating T4 and RT3 is not formed in these tissues. In the CNS (Type III de-Iodinase) only 5-de-iodinase is present so T3 is not produced from circulating T4, rather only RT3 is produced, therefore, tissues in the CNS are dependent upon adequate hepatic and Renal T4 conversion.

It is difficult to comprehend why simply testing only TSH and occasionally T4 has become the standard of practice in today’s medicine. For these screenings to reflect an accurate picture of true thyroid function, fully functional, peripheral conversion mechanisms must be in place and very often, especially in the aging patient, this is not the case. An accurate and complete assessment of total thyroid function should include the following serum tests:

Medications that may inhibit conversion

The following medications have been shown to inhibit T3 formation and concurrently increase RT3 formation. While more study is needed, it may be reasonable to assume that other drugs in the same class may have similar effects.

Low Carbohydrate diets where the total caloric intake was less than 800 kCal significantly reduced T4-T3 conversion and increased RT3 when the Carbohydrate consumption was less than 200 kCal. All diets regardless of content that fell below 600 kCal had a similar effect. Some studies showed that dietary restrictions of this nature that exceeded 3 weeks in duration, showed a gradual return to normal levels.

Except for the relatively simple case of Selenium deficiency, certain medication use and diet restrictions, peripheral conversion issues require T3 or T4/T3 combination replacement therapy. Many Practitioners are hesitant since this situation is not truly a Thyroid issue, but rather a peripheral enzymatic one. However, with no alternative method of inducing proper enzymatic pathways, this is the only alternative and should not be withheld in the symptomatic patient. T3 deficiency can manifest symptoms such as weight gain, poor mental acuity, decreased metabolic rate, low energy, constipation and low body temperature. Depression can also be a major symptom which requires immediate attention.

T4/T3 or T3 supplementation can quickly alleviate these symptoms, but can also suppress TSH to clinically low levels. These TSH readings can be alarming to Physicians trained to believe That these low level can be indicative of bone resorption risk, however, TSH itself has no intrinsic character which causes resorption, rather only when it is an indicator of elevated T3/T4 levels is it relevant. Both T4 (free) and T3 (free) levels should be followed to make sure that they do not exceed upper serum limits, but maintaining optimal (usually the upper 25% of the range) ranges should also be considered since this will assure maximum benefit and symptom alleviation. The low TSH may also indicate thyroid insufficiency, but the exogenous administration will maintain the levels needed. Cessation of thyroid therapy, even after long term use usually results in a restoration of pre-treatment levels. Most HRT patients are aware that replacement is a life time commitment for Thyroid and other hormones as well.

While it may be an oversimplification to say that T3 is the only active form of Thyroid, it takes 5-7 times the amount of T4 to bind Thyroid receptors to have a similar effect. Furthermore, the theoretical activity of the T2 metabolites, requires further metabolization of T3 (or RT3). Some tissues (Brain and CNS) can manufacturer adequate amounts of T3 from T4 via the Type II, 5′-Deiodinase. At any rate, it would seem logical to replace both T4 and T3 even though T3 deficiency is the main concern in Low T3 and ESS. In addition, if TSH does become significantly suppressed to the point where Thyroid hormone output is essentially negated, adequate supplementation in the correct ratios becomes essential. Products like Thyrolar and Armour Thyroid are good examples of combination products that are reasonably close to the 4:1 T4 to T3 ratio found circulating in the serum of a healthy individual. Another possibility is combining a T4 product like Synthroid independently with a a T3 product like Cytomel. Thyrolar necessitates refrigeration which can be burdensome to some patients and Armour has been in extremely short supply in recent months. A good compounding Pharmacy has the capability of producing an equivalent analog, but it will most likely be in capsule form. Synthroid dosed with Cytomel has a distinct advantage in that each dose can be customized to a patient’s needs, but it can be much more expensive since two drugs are dispensed rather than one. It is helpful to counsel patients in order to find which option best suits their needs.  For additional thyroid medication options please contact Crestview Pharmacy.